The finalists for the second annual Jake Kneece Memorial tournament are set! SigPolo/Aiken County Farm Supply won all three of its games to dominate Bracket A. The team features the smooth coordination of the brother and sister pair Lucas and Hope Arellano, playing with Chilo Cordova and Deep Singh. They got to the finals by beating Livin the Vision 5-3, then downing Aiken Saddlery 7.5-4 and finally defeating Farmer Road 5.5-4.

The winner of Bracket B came down to a four way contest on Friday afternoon. All four teams came to their last game on Friday with a 1-1 record, and any of them could have made it to the finals, depending on some slightly complicated calculations. Because there could be no three way tie (two teams would be 2-1 and two teams would be 1-2), the finalist would be determined by “who beat who” in the earlier games.  The first game pitted Gold’s Dragoons against Hutchinson Farm. Gold’s Dragoons, a hard hitting team with three professional players, dominated 7-3. But, because they had lost by a goal to Kentucky in an earlier match, they had no chance to get to the finals unless Kentucky lost its match against The Aiken Horse, played immediately afterwards. The Aiken Horse, for its part, lost its bid to be a finalist since they had lost to Golds Dragoons in their first match-up. By winning, the only thing they could do was ensure that Gold’s Dragoons would make it to the final field. When all was said and done, Kentucky needed a win and they got one, squeaking by 7-6, and earning a beth to the finals.

The finals will be held on Sunday, April 29 at 1 pm on Whitney Field. Look for a hard fought contest between two teams with very different styles of play. Immediately afterwards, young players from the National Youth Tournament Series will take to the field for a 3 PM contest. There is going to be a lot of polo! 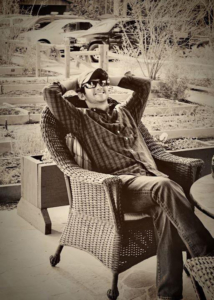 Julian Pace Kneece IV (Jake) was the son of Pace and Barbara Kneece. Pace, Barbara and their daughter Lindsay have donated the trophy as a way of giving back to the horse community and as a tribute to Jake’s generous and caring spirit. Jake died in November 2011 at the age of 27.

The Kneeces own and run Aiken County Farm Supply on Park Avenue in Aiken. Established in the 1960s by J.P. Kneece Jr., Pace’s father, ACFS started out with items for farmers and gardeners. When the equestrian world began to grow in Aiken, the store adapted to the times, selling an increasing array of horse feeds, hays and supplies. Today, it has a full assortment of horse health items as well as varieties of hay, many different brands of horse and other farm animal feed as well as a selection of vegetables for planting and other gardening items.

“Jake was a big part of the business,” says Pace. “Our intention, mine and Barbara’s, was for Jake and Lindsay to run the business after we retired. That changed. But we always try to give back to the community as much as we can, not just to polo but to the Aiken Steeplechase and the Hitchcock Woods Foundation. That is why we decided to have the tournament.”

Jake was an animal lover and a big supporter of the SPCA Albrecht Center for Animal Welfare, and today there is a room dedicated to him in the facility. His family also established a tradition of doing random acts of kindness in his memory every year on the anniversary of his death, November 5.

“He was a great son,” says Pace. “I wish he would have been here with us for longer. But we will see him again someday.”

The 2021 Spring Schedule has been published! See the poster below:

Read More
Comments Off on 2021 Schedule

Sandlot memberships are now available for those who wish to ride in the sandlot adjacent to Whitney Field. Please download a membership form and release and return it to Aiken Polo Club, PO Box [...]

Read More
Comments Off on Memorial for Dr. Grayson Brown
12Next