After two tough weeks of play, Field One maintained its unblemished record to triumph over Golds Dragoons in the finals of the USPA Sportsmanship Cup 6 goal. It had been an interesting tournament. With five teams entered, the format was a “Five Star Draw with Playoff.”  This meant that each team would start off with two games, resulting in a ranking of the teams from one through five. The two teams with the worst records, teams four and five, had a playoff game. The winner of that game went on to the semifinals as the fourth place team. There, they would meet the first place team. In the other semi, the second and third place teams would play, with the winners of the two matches advancing to final Sunday.

In the first round of play, Field One (Stacie Simpkins, Derrick Berg, Alejandro Alvarez and Horacio Onetto) won their games against LBL and Golds Dragoons. With three net goals, they were ranked second behind Aiken Saddlery/Cooper Home & Stable, who had beaten LBL and High Wood Hotels by four net goals. Meanwhile, Golds Dragoons (Richard Terbrusch, Luis Galvan, Marcos Onetto, Amy Flowers)  finished the first round of play in fifth place, after getting beaten by Field One and High Woods Hotels by minus three net goals. Energized by their narrow defeats in these two games, they came out swinging in the playoffs, roundly defeating LBL (minus two net goals) to earn their spot in the semifinals. There, in an upset, they beat Aiken Saddlery 8-7 to earn a berth in the finals. On the polo field, anything can happen, especially with teams as evenly matched as these were.

Golds Dragoons carried their momentum into the championship game, at least for the first two plays, with Luis Galvan and Marcos Onetto putting their team on the board first in chukker one. But Field One, which started with a goal on handicap, came roaring back, with scores from Berg and Alvarez, and two from Horacio Onetto, who always seems to play a little better when he is up against his younger brother Marcos. This left the first chukker score at 5-2 in favor of Field One, and it was an advantage the team would never relinquish. Horacio scored two more times in the second chukker, while Marcos would add one in the second and Luis one on the third, making the halftime scoreboard read 7-2.

Thing didn’t get much better in the second half for the Golds Dragoons team, despite some well-planned plays carried about between Marcos and Luis. Although they would make a bit of a late rally with three goals in the last chukker, by the time the final bell rang, Field One had 12, to 9 for Golds Dragoons. Marcos Onetto’s third chukker horse Fanta was the BPP, while Derrick Berg, who scored two good goals in the last chukker and played his heart out throughout the tournament, was named the MVP. He was awarded a polo mallet donated by Up Mallets from Florida. High scorers were Horacio and Marcos Onetto, with six goals apiece. 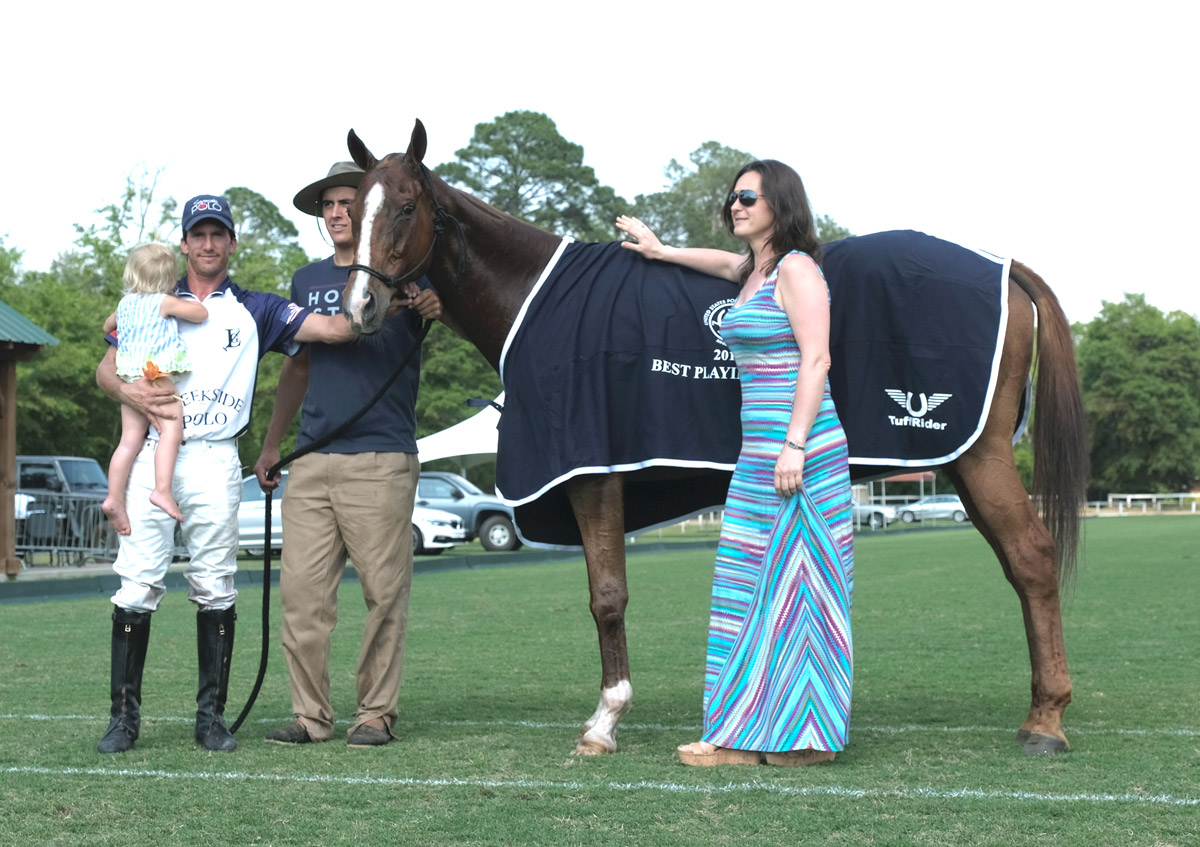 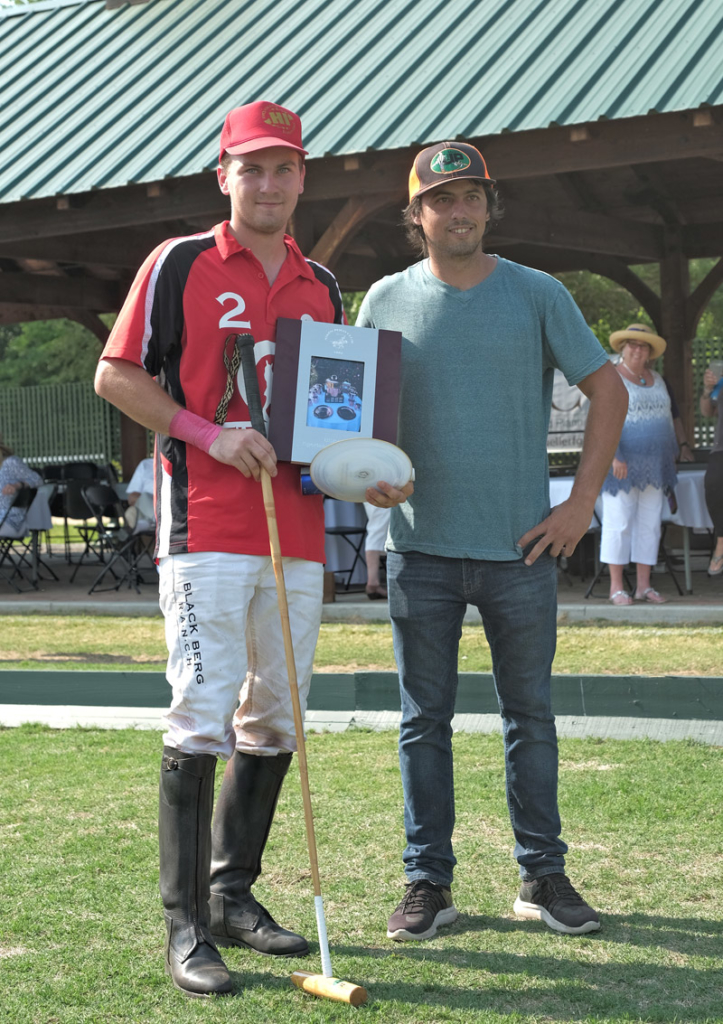 MVP Derrick Berg with Gonzalo from Up Mallets presenting.

The Jake Kneece Memorial Schedule is out!

Read More
Comments Off on The Jake Kneece Memorial Schedule is out!

The 2021 Spring Schedule has been published! See the poster below:

Read More
Comments Off on 2021 Schedule

Sandlot memberships are now available for those who wish to ride in the sandlot adjacent to Whitney Field. Please download a membership form and release and return it to Aiken Polo Club, PO Box [...]

Read More
Comments Off on Alan Corey Memorial Schedule 2020
12Next